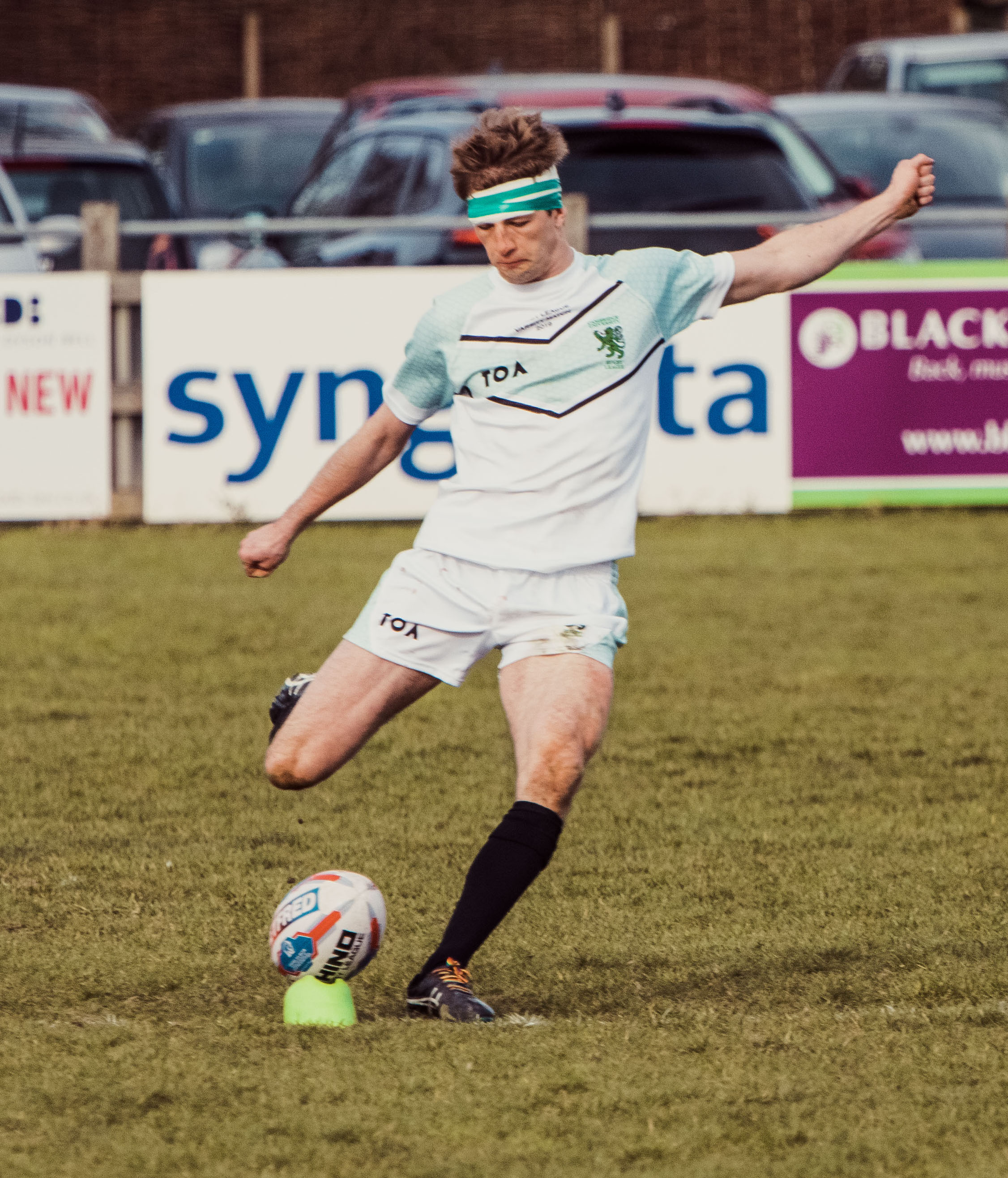 The arrival in October 1980 of New Zealander Dick McConnell to lecture in engineering was the catalyst for the establishment of Cambridge Rugby League Football Club. Within weeks, McConnel and undergraduates Paul Gamble and Andy St John had organised an unofficial friendly with Oxford. Despite a complete absence of funding and their players having to appear under pseudonyms (usually as the firemen from kids’ TV series Trumpton), by the end of the following term, their results had been so impressive that a Varsity match was swiftly scheduled.

Held at Craven Cottage, home of Fulham FC, a crowd of over 800 saw the plucky underdogs hold the much-more experienced Oxford for much of the game, with McConnell, nursing broken ribs scoring a fine solo try. But the goal-kicking of Oxford’s Oldham-born skipper Dave Symonds, and a fine try from halfback partner Vernon Spencer, eventually saw the Dark Blues to a hard-fought win. Oxford even undertook a two-match tour of Paris at the end of the season.

The result was reversed the following year by a Gamble-inspired Cambridge side, and the two sides remained evenly matched through much of the 1980s as the game switched around various venues in the South, including Maidstone and Crystal Palace. By then, both clubs had smoothly made the transition to playing in regular student competition, and despite serious rugby union prejudices, the first full rugby union Blue to play in the fixture was Cambridge scrum half Simon Roberts, who played as Robert Simons in the 1983 fixture at Maidstone.

The first open double Blue was Oxford’s John Risman, son of Bev Risman, a British Lion in both codes. Risman jr was a late call-up to replace Neil Tunnicliffe – later to be chief executive of the Rugby Football League – who withdrew with an injured shoulder and was a 55th minute substitute in Oxford’s 1984 win. It is a rare year now where at least one player does not complete the Twickenham-Twickenham stoop double and the appeal of the League Varsity Match has drawn players not just from British, Australian and New Zealand backgrounds, but also from Iran, the USA, Canada, Zimbabwe, South Africa, Bermuda and Japan. 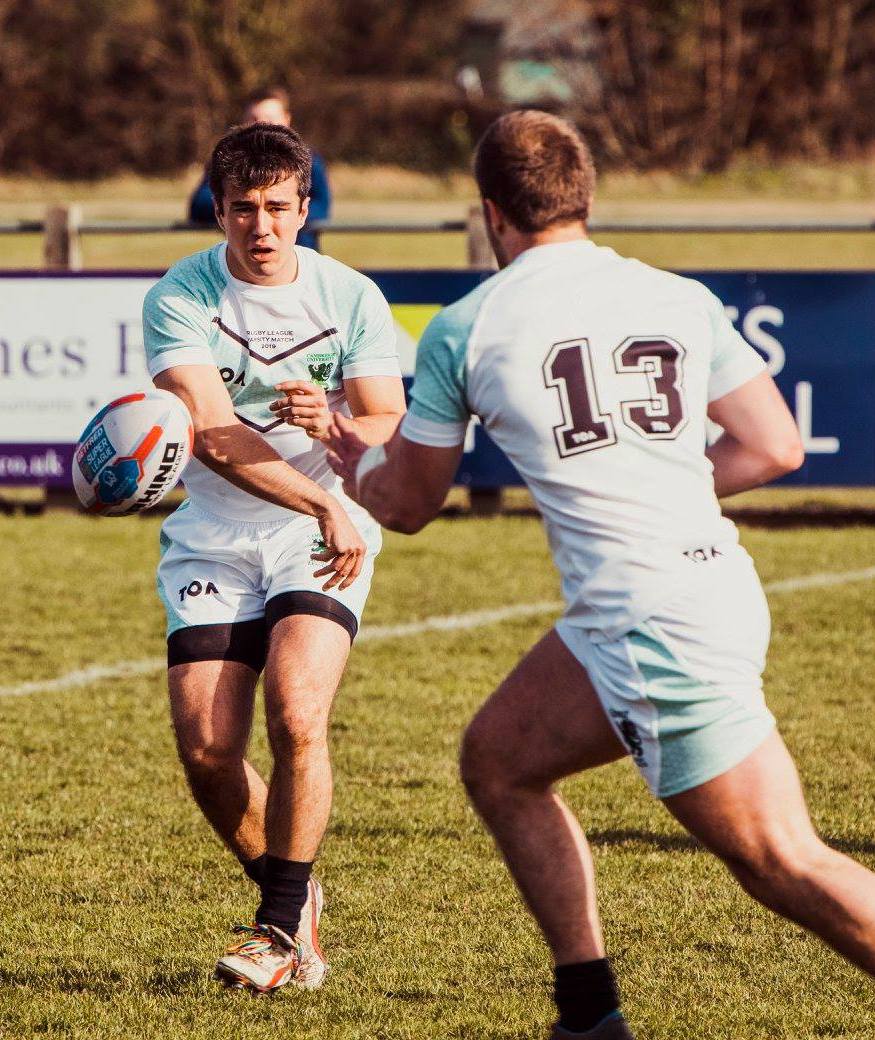 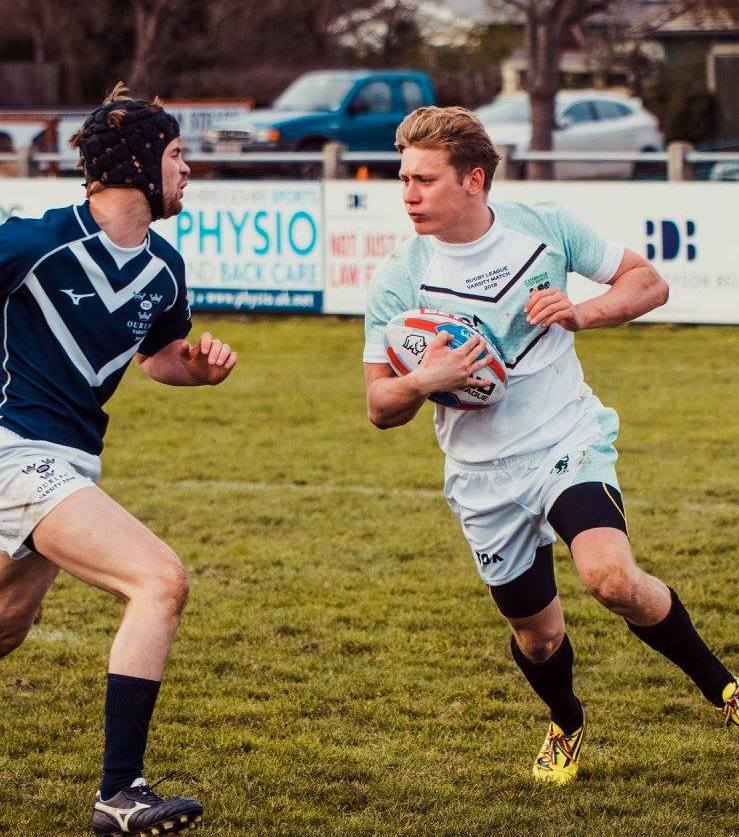 While Cambridge, under influential coach Mike Penistone, dominated much of the mid-eighties with three consecutive wins with a squad which included GB Student internationals Jamie Woodward and Nigel Warburton, and also undertook a groundbreaking 1988 tour of Australia. League became the niche sport to play at both universities, as a forward-thinking Oxford administration led by Tunnicliffe and Ed Wilson attracted a professional coach – Fulham hooker Dominic Cooper – upgraded the fixture list to include matches such as a trial game against the GB Students and organised PR stunts like a training session with GB coach Maurice Bamford. But standards had also risen to the extent that both clubs were regularly in the top six of the national SRL table, and Cooper’s foundations were built on by his successor, Bev Risman, who coached an underdog side to a narrow 1989 win which was decided by a try from Australian union international Ian Williams.

Risman’s successor, the flamboyant former Hull, London and Sheffield forward Tim Wilby, moulded that squad into a professional outfit which surprisingly lost the 1990 Varsity, but they then won two on the trot, made the 1992 Premiership final and included four players who had trial with London – halfback Anthony Shaw, fullback Dave Gladstone, prop Nathan Wood and back rower Nick Poletti – and a fifth, leading Student Rugby League try scorer of that season, Jason Tuckley, who interested Sheffield.

As that era ended, Cambridge established a new dominance which was to last until the turn of the century, with the major figure being Warrington-born stand-off Ady Spencer, who played in four Varsity matches, and also sparked a huge cross-code controversy similar in tone to that involving Bob Mahuta two decades earlier when he was banned from playing in the 1994 Union Varsity.

While the mud-ruined 1995 ‘Farsity’ Match ended as a draw after 60 minutes play – and was rewarded with a front-page photo in The Times – Cambridge resumed where they had left off, and even the graduation of Spencer and centre Iain Higgins to professional contracts with the London Broncos could not halt them. But Oxford, however, began to grow stronger, and with a more pro-active committee, even made a historic tour of the USA in 1999. They then earned a decisive 33-17 victory in 2000, prop John Hobart scoring two tries. Hobart was on board again for a sixth consecutive appearance as Oxford repeated the dose in 2001, overhauling the record set by St Helens-born halfback Phil Birchall in six years and both shades of Blue. 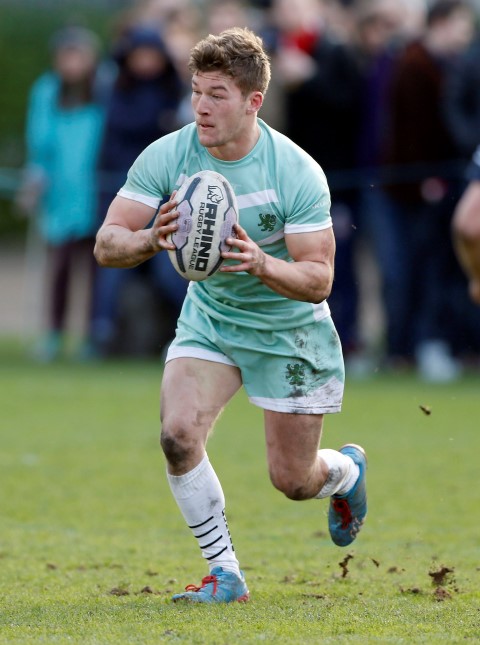 With further hard work from Jez, Cambridge’s Ady Spencer and SRL Director Niel Wood, the first-ever Old Boys Varsity was held before the 2002 game at Richmond, which Oxford narrowly lost.

In the 2000s, student rugby league grew grown further in both Oxford and Cambridge and the annual Varsity Match at the Twickenham Stoop attracted around 60,000 spectators when shown live on Sky Sports between 2004 and 2011. The now discretionary full blue sport has become increasingly competitive and the standard of play is increasing every year.

Oxford began a period of unprecedented domination of the Varsity fixture – having, with the exception of 2009, won every match in the fixture between 2007 and 2020. This meant OURLFC had won the last 10 varsity matches heading into 2021. In addition to this, several reserve-grade Varsity Matches have been played in recent years – first won by the Oxford 2nd XIII, the ‘Maroons’ in 2009. After a four year lay-off reserve-grade Varsity returned to the calendar in 2019 and was a great success with the Maroons returning from Cambridge 48-10 victors.

In recent years, the Blues Varsity Match had been played at the Honourable Artillery Company, located in the City of London, with the event going from strength to strength at this brilliant venue. The continued high profile and quality on show at the event has been most recently shown in 2018, where Oxford came out 24-6 victors, despite the game having to be postponed due to snow bringing London to a standstill in early March.

The Varsity fixture is now going to alternate between Oxford and Cambridge with the 2s Varsity being introduced as a pre-cursor to the main event. This new phase of the Varsity Match kicked off at Cambridge in 2019 with Oxford again emerging victorious. However, the day was a great success with two great rugby league matches being hotly contested in front of a vibrant crowd of 600 spectators.

March 2020 then saw a huge effort to keep the Varsity Match on, with a then-escalating coronavirus pandemic threatening to derail original plans. Oxford again were victorious in both the first and second team Varsity Matches, despite Cambridge leading for long spells of the first half in a game that was played “behind closed doors”. However, a young Cambridge side would return the following year with home advantage and a reinvigorated side. 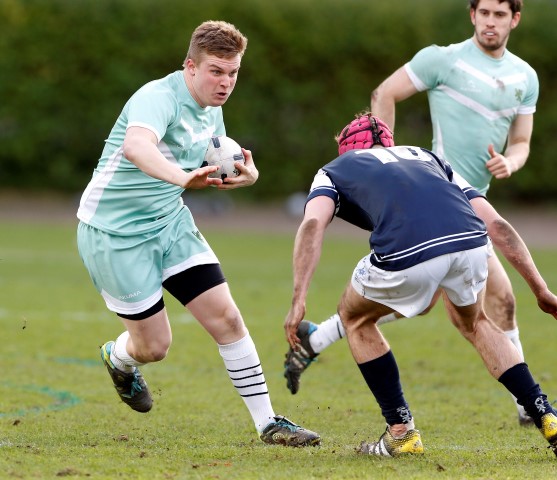 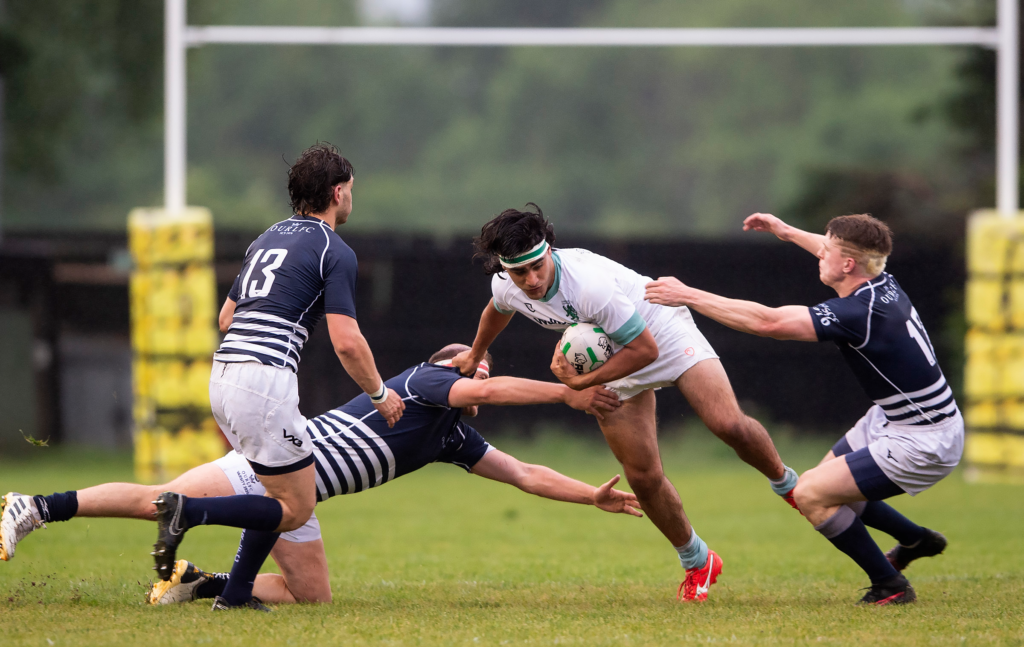 2021 marked one of the most entertaining Varsity Matches in recent memory and 18th June 2021 saw the impressive 12-year unbeaten streak of OURLFC finally broken. Grange Road, Cambridge, was absolutely electric as CURLFC celebrated a long-awaited Varsity win. Not only this, but the event saw the closest second team Varsity Match this century, with an 8-point margin separating Oxford and Cambridge 2s (14-6 Oxford win). This curtain-raiser inspired a gutsy Cambridge performance in the main event, with 12 CURLFC men holding off a late Oxford push to secure a hard-earned Varsity triumph in difficult playing conditions. Man of the Match was Cambridge prop Hugo Lloyd Williams, who overcame his brother Jamie and OURLFC to win CURLFC’s first Varsity since 2009. CURLFC try scorers were Joe Thrush, James Laudage and match-winner Will Yarwood. Matt West added a penalty goal for a 14-8 CURLFC win.

The Varsity Match returns to Oxford and Iffley Road in 2022, in what i set up to be one of the most intriguing Varsities in a long time. Can Oxford wrestle back Varsity dominance? Or will Cambridge repeat the 2021 success and set course on our own winning streak? Our Cambridge squad are determined to go back-to-back this year and aim for a second team Varsity win to boot.

The date for Varsity 2022 is TBC, but keep an eye on our Club website and social media platforms over the coming months for updates and further information. 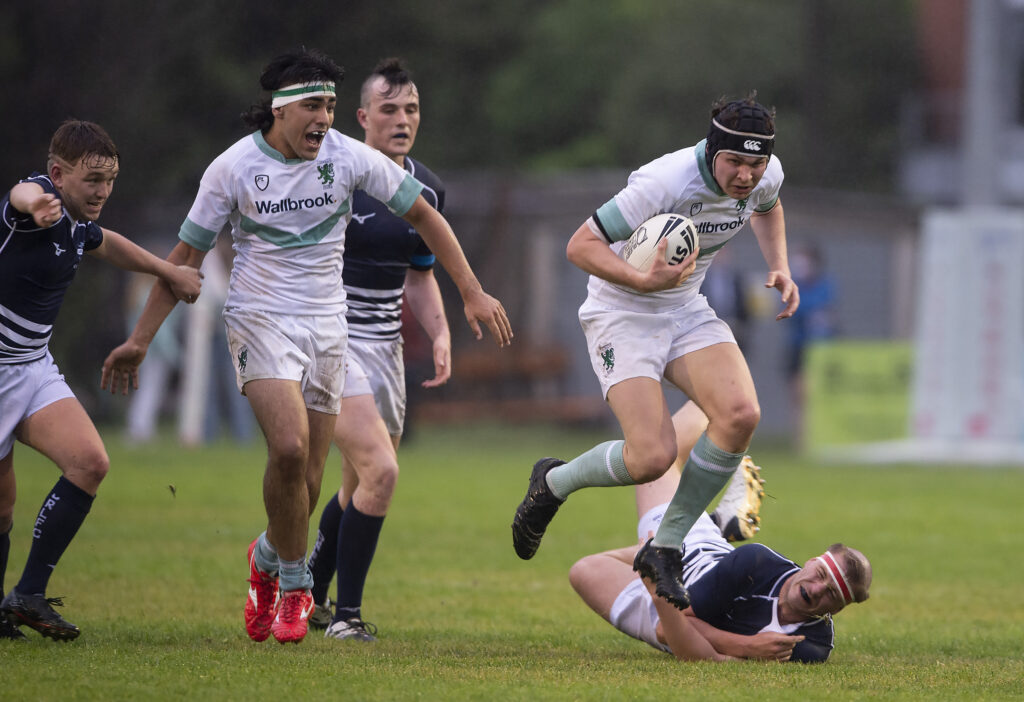 Rugby league in Cambridge is an exciting and thrilling experience for both the players and the spectators and we welcome anyone who wishes to attend our matches or even better our famous socials.